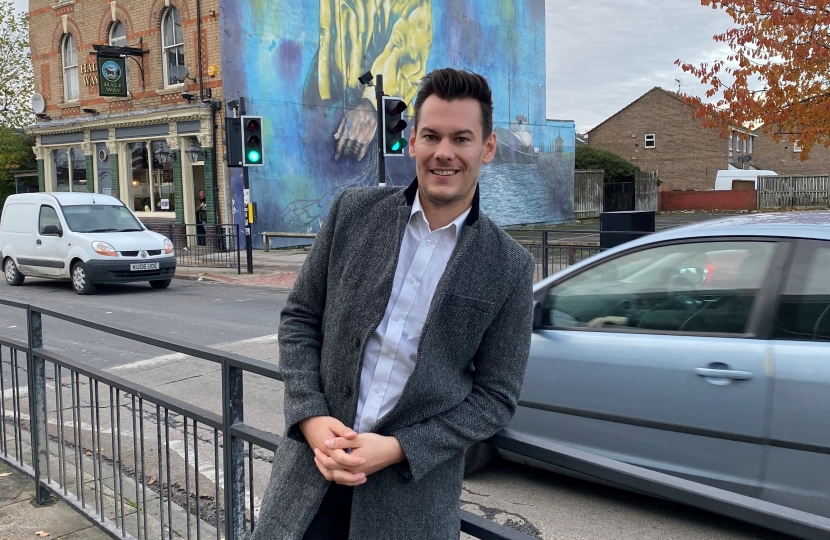 Hull West and Hessle Conservatives is delighted to announce local lad, Scott Bell as our candidate for the 12th December General Election.

Born in Beverley and raised in Hessle, Scott attended Hessle High school, had his first job in Princes Quay and studied at the University of Hull.  A volunteer for the Social Mobility Foundation, former School governor and Young Enterprise supporter, Scott is passionate about boosting opportunities for young people across the city.

Association Chairman, Christine Mackay, has welcomed Scott’s selection. Saying Scott’s local background and his commitment to delivering on Brexit will give voters a real choice between a Conservative party that listens to Hull and a Labour party who have blocked Brexit and take Hull and Hessle for granted.

‘It is a privilege to be selected to contest my home seat and an honour to speak up for the community that gave my family so much. My priority as your MP will be getting Brexit done – it simply isn’t right our Labour representatives have failed to deliver when the city spoke loud and clear. My experience advising international companies as a Brexit project manager will stand be in good stead to deliver on the City’s wishes.’

‘Delivering Brexit will allow us to move on to things that matter to us as a city. I will work tirelessly to ensure every child gets the best possible start in life – regardless of their background or where they live.’

‘Labour have failed West Hull & Hessle and if in power would bankrupt the country, it is time for change. It is time for a majority Conservative government that can get Brexit done and unleash Britain’s potential allowing us to move on and focus on our priorities – tackling violent crime with 20,000 new police officers, £33.9 billion more for local NHS services and more money for our schools.’

Scott Bell and the Conservatives are committed to getting Brexit and investing in the priorities of the British people.